How to Keep Heat in Check with Conduction Cooling Application Note

Current application demands of PCI Mezzanine Card (PMC) modules have grown from the simple addition of I/O and low-level communications to the servicing and off-loading of high performance software defined radio (SDR), digital signal processing (DSP), co-processing, and now re-configurable FPGA-based computing with gigabit interfaces. This trend of putting more and more processing power on PMC modules has led to new challenges keeping these computer hot rods cool. Standard, or commercial-grade, modules typically accommodate operation in 0 to 70°C environments while industrial-grade models will tolerate a -40 to 85°C range. However, many applications require additional steps to keep board temperatures within acceptable ranges.

A number of technologies have been developed to deal with heat buildup, including forced air cooling, conduction cooling, and liquid cooling. Of these strategies, conduction cooling is the one technology which has been deployed and standardized to meet these new demands and make it possible for system design engineers to keep generated heat in check.

The ANSI/VITA 20 Conduction-Cooled PMC (CCPMC) Specification is designed so that heat generating components on PMC modules are connected to metallic thermal planes within the PMC. These thermal planes connect to a conduction-cooled ring surrounding an area dense with high-energy components. In conventional conduction-cooled applications, I/O is mapped to the rear I/O connector and front I/O is not used. 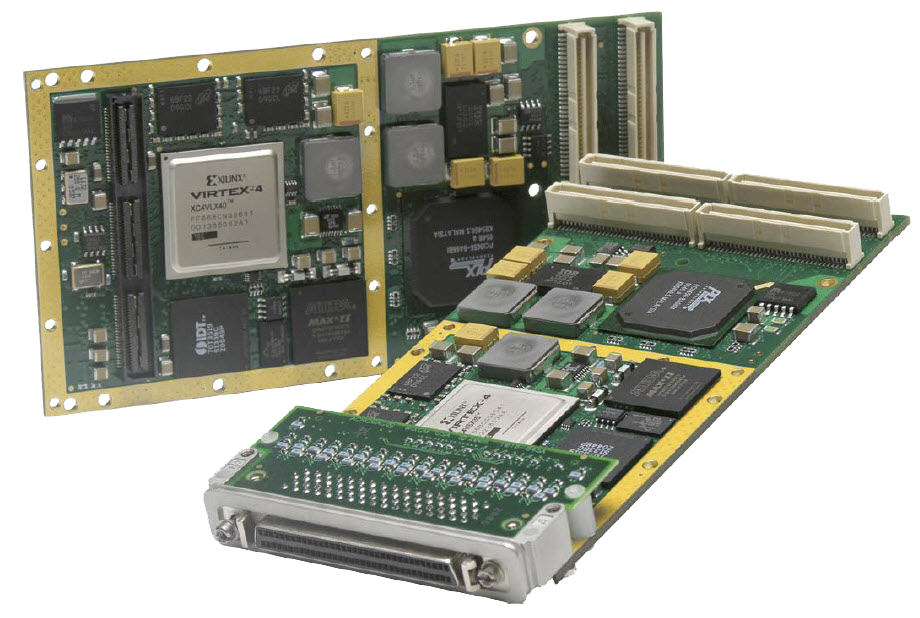 Despite the presence of the conduction-cooled ring on the PMC, these modules may be used in both conduction-cooled and convection-cooled applications. In fact, Acromag makes front I/O accessible on selected CCPMC FPGA modules by way of its AXM mezzanine technology illustrated in the photo above. Using plug-in AXM I/O modules, both front and rear I/O are readily accessible.

In the photo above of Acromag’s 3U CompactPCI carrier card, notice the wedge lock assembly at the two edges of the carrier card, the retaining screws at the front edge, and the conduction-cooled ring which mates with the CCPMC. A 6U version of this module (Model AcPC4620CC) that holds two CCPMCs is also available and follows the same principles.