What is PCI Express?

PCI Express (Peripheral Component Interconnect Express), also abbreviated as PCIe, is a computer expansion card standard that improves on the older PCI and PCI-X bus standards. PCIe has many improvements over these earlier bus standards, such as higher maximum system bus throughput, lower I/O pin count and smaller physical footprint, and much more.

With regard to embedded computing systems, the key advantage of PCIe is the change to a serial point-to-point topology compared to the shared parallel bus architecture of PCI. PCIe devices communicate over a logical connection called an interconnect or link. A PCIe link between two devices can consist of 1 – 32 lanes.  Each lane is a full-duplex byte stream between endpoints of a link.

Acromag offers a variety of products with a PCIe interface. 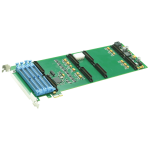 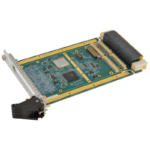 Please login to submit this form.